Founded in 1973, Tall Ships America is a non-profit organization commended by Congress as The National Sail Training Organization representing the United States. We support and promote the ships, people, and programs of sail training and the tall ships through relationships with government and regulatory agencies, advocacy, professional development and training, the Annual Conference on Sail Training and Tall Ships, the TALL SHIPS CHALLENGE® Series of races and events, scholarships and grants, and the biannual publication of Sail Tall Ships!, the world’s definitive directory of sail training.

In the summer of 1972, Barclay Warburton III of Newport, Rhode Island, two of his children, and several friends sailed his brigantine Black Pearl across the Atlantic to participate in a tall ships race from Cowes on the south coast of England to Malmo in Sweden. This race was organized by what was then known as The International Sail Training Association. Warburton was so inspired by the enthusiasm and spirit he saw in that international gathering of tall ships and young people that he set out to bring the same kind of spirit to the United States. Through his efforts, the American Sail Training Association (ASTA) was founded in 1973 and became the first national association to formally affiliate with what is now known as Sail Training International.

ASTA’s efforts in its first decade were primarily focused on organizing tall ships races using the European model. From the mid-1980’s to the mid-1990’s ASTA began its efforts broadly aimed at promoting sail training and supporting education under sail in North America. At the beginning of the 21st century, ASTA (now known as Tall Ships America) evolved into an organizer of tall ships races, an industry association for the growing numbers of vessels involved in providing opportunities for people of all ages to take part in deep water sailing experiences, and a public charity which makes sail training more available and affordable for young people.

Sail training began as a practical and effective way of training young men for careers in the navy or merchant marine. In the years since World War II it has drawn inspiration from the Outward Bound movement and a growing interest in the environment and maritime history. Different from learning to sail, sail training offers unique paths to adventure, personal growth, and education through the experience of sailing a tall ship. Each year more ships and programs are launched as schools, municipalities, museums, foundations, corporations, and individuals discover the almost limitless ways in which the sea and sailing ships can enrich the human experience. 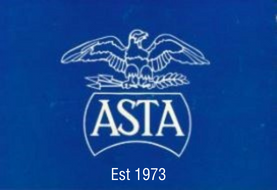